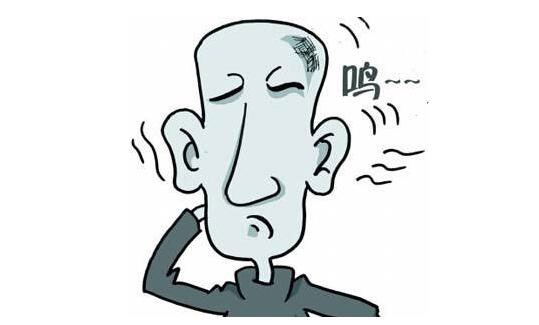 Tinnitus is a subjective sensation of sound in the patient’s ear or in the head, caused by a disordered hearing function. Caused by ear lesions often coincide with deafness or vertigo. Caused by other factors, it may not be accompanied by deafness or dizziness.

Tinnitus caused by ear diseases is called otogenic tinnitus. It is usually a low-pitched tone, such as a roar of wind, train or machine. It can also be high-pitched, such as humming, whistling or whistling. External ear canal diseases such as earwax (sputum), foreign body, tumor, fungal disease, or swelling of inflammation can cause tinnitus, and its severity is related to the degree of occlusion. Among middle ear diseases, a small number of patients with chronic otitis media may have tinnitus, but to a lesser extent. Tiny pressure can be caused by negative pressure in the tympanic cavity, adhesion or fixation of the ossicular chain. The tinnitus of otosclerosis is more obvious, starting with intermittent low-pitched tone, which gradually increases in the future and can be transformed into persistence. These patients are very painful. Tinnitus caused by inner ear disease is mostly high-pitched, intermittent or persistent. The degree of tinnitus is often related to the extent and extent of the lesion. Tinnitus often occurs earlier than deafness in drug-induced damage to the auditory nerve. In the degenerative changes in the sensorine system of the elderly, tinnitus is often a precursor to the beginning of deafness. Low-frequency tinnitus in the inner ear vertigo (Minelle syndrome) often occurs before the onset of vertigo, but it can also occur with dizziness and deafness. After the dizziness is relieved, the tinnitus gradually reduces or disappears. Noise-induced tinnitus is often a high-pitched tone, and those with a longer course of disease are more persistent tinnitus.

In addition to ear diseases, emotional, anxiety, and nervousness can also induce tinnitus. According to the theory of traditional Chinese medicine, tinnitus and deafness are often caused by kidney deficiency. And there are forgetfulness, more dreams, palpitations and other symptoms. After the treatment of Fuzheng Yishen, it can be improved.

Tinnitus caused by blood circulation system lesions is not uncommon, and those from the veins are noisy. Tinnitus produced by the arteries is often consistent with the beat of the heartbeat. Tinnitus caused by high blood pressure is generally bilateral. Tinnitus in carotid body tumors is unilateral. Arteriosclerosis, heart valve disease, etc. can also cause pulsating tinnitus. When the tympanic membrane and the tibialis muscle contract strongly, a discontinuous “Kata” sound can be produced. Similar tinnitus can also be caused by clonic pharyngeal or ankle muscles.

Tinnitus makes people upset, restless, and severely affects life and work. For patients with persistent tinnitus, most patients will become accustomed to it for a long time.

Once tinnitus occurs, it should be actively treated for the cause, and the patient should be comforted and explained more to eliminate doubts. Sedatives may be administered to patients with severe conditions. In addition, a hearing aid or a tinnitus masker can be worn, that is, the external sound can be used to cover the tinnitus, and the condition can be gradually alleviated.

Link：Will people ring their ears when they are old?

REF: Hearing aids China, Hearing amplifier, Hearing Aids Types
The article comes from the Internet. If there is any infringement, please contact [email protected] to delete it.

What should you pay attention to when communicating with the hearing aid wearer?

What can a small hearing aid do?