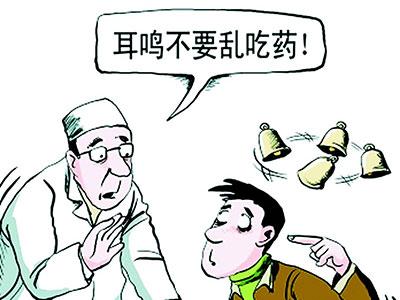 Tinnitus is a common phenomenon, but if you have tinnitus, it will affect your daily work and life for a long time, then how can we alleviate tinnitus?

Some tinnitus is not long-term, but short-term tinnitus, which is usually physiological or transient. In this case, you don’t have to feel nervous. If you massage your ear properly, you will recover.

Secondly, some tinnitus is caused by the patient’s long-term anxiety, nervousness or fatigue. In this case, you need to give yourself a vacation, rest and rest, and ensure that you can eliminate tinnitus after sufficient sleep.

Some tinnitus is caused by other ear diseases or cardiovascular diseases. Many systemic diseases can cause tinnitus, such as diabetes and high blood pressure. Therefore, before we treat these tinnitus, we need to Treating these diseases, the symptoms of those diseases become lighter, and the tinnitus will naturally ease.

In addition, drugs can be used to relieve tinnitus. Although it is impossible to treat tinnitus by taking medicine, it still has a certain effect on the relief of tinnitus. What is more, some tinnitus is caused by vascular disease, and some medicines for vasodilation can still be used. To the role of relief. But you need to remember that you can’t take medicine indiscriminately. You must ask the doctor about the side effects of the drug or whether it is an ototoxic drug before eating. Once you have eaten the ototoxic drugs, you will only make your tinnitus more serious. The possibility of deafness.

In addition to these conventional methods, you can rely on wearing a hearing aid to mask the tinnitus, or let you get used to tinnitus and adapt to him, thus alleviating the pain caused by tinnitus.

Link：How can we alleviate tinnitus?

REF: Hearing Aids, Bluetooth Hearing Aids, Hearing amplifier
The article comes from the Internet. If there is any infringement, please contact [email protected] to delete it.