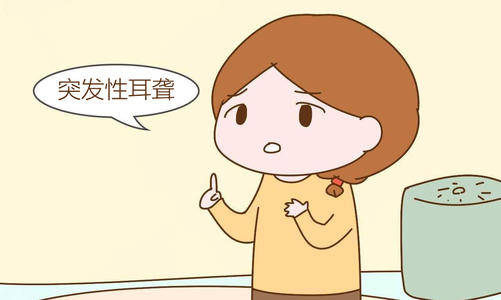 If one day you are excited about the brushing of the night2Point, then lie down and sleep, the next morning I suddenly found my ears smashed, how would you feel?

Sudden deafness refers to the sudden occurrence of unexplained sensorineural deafness in a few hours.3Reduce hearing to a minimum during the day.

The cause of sudden deafness is unknown, but it is related to viral infection, inner ear blood supply, autoimmune disease, psychological state and other factors.

When you have sudden deafness, the most obvious is hearing loss. In general, sudden deafness is unilateral deafness, followed by tinnitus. Turbulence and tinnitus are more common. In fact, some patients have tinnitus in the sudden, and some people will feel dizzy.

What should we do when we are awkward?

Then we have to remember a principle of sudden deafness in gold treatment time after the onset72Within this hour, once this time is exceeded, the effect of treatment will be greatly reduced.

Link：Sudden deafness is not terrible