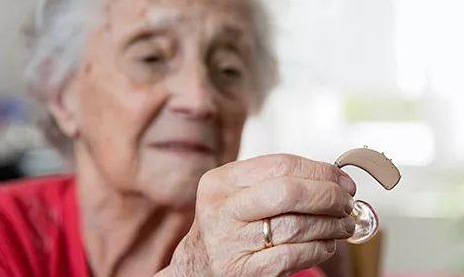 When we get older, our hearing will drop, and senile deafness will come from it.

When we were in the store on weekdays, we met many elderly people who were forced to bring out hearing aids by their children. They kept saying no to hearing aids, don’t buy them.

So why are so many old people rejecting hearing aids?

One reason: expensive, want to save money.

It is quite common for the elderly in China to save money. Many elderly people are not willing to buy even tens of dollars of clothes and pants, not to mention thousands of hearing aids, and my grandmother is like this. I only buy a few yuan or a dozen yuan, a pair of shoes to wear for a long time, even the hottest summer is not willing to open air conditioning, electric fans blow every night. My dad and I often say that she is hot, and she is going to have air conditioning. When I am so old, I am sick and sick. My grandmother is often a sentence, I don’t feel hot, and the electric fan blows back quite comfortably. Therefore, saving money is a big part of it. This is a concept belonging to the elderly. It is not that he is not good, but I feel that it is appropriate to change it.

The second reason: I heard that the effect is poor.

Yes, I heard that they have not actually used it. They just heard it from the mouth of others. Do you know that the person who told you that the hearing aid is not working well is also listening to others. Every day, I can see a few elderly people in our community chatting there, talking about Hangzhou, and speaking very fast. Although I stayed in Hangzhou, I have2Years, but still can’t hear them say it again. The old man passed the saying that the hearing aids were poor, so the hearing aids were rejected from the bottom of my heart.

The reason is three: wearing other people’s hearing aids, I feel that the effect is not bad.

Some old people are surrounded by people who wear hearing aids. Then their ears are not very good. They asked the person to borrow them for a few days, and found that the effect was not bad, so they thought that the hearing aids had no effect.

In fact, it is not clear to the elderly that the current hearing aids are tailored to the patient’s hearing loss so that they can be heard clearly and comfortably. They may think that hearing aids are good to wear, but this is only for old-fashioned analog hearing aids. These hearing aids do not need to be fitted, so the effect will not be very good. Today’s digital hearing aids are different, all need to be checked. Then use the computer to debug, so wearing someone else’s hearing aid is definitely not acceptable.

REF: Hearing Aids Supplier , Hearing amplifier, BTE Hearing Aids
The article comes from the Internet. If there is any infringement, please contact [email protected] to delete it.

How to make it better when wearing a hearing aid

The woman woke up and couldn’t hear the man talking.