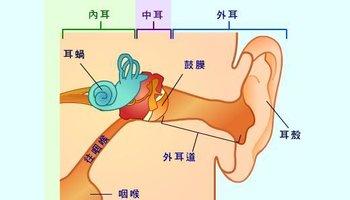 A few days ago, during a break between classes, the students in the back seat of Shin Shin took out a bag of bread from the bag and played it. Suddenly, with a bang, the classmates smashed the bag and the sound of the rupture sounded through the classroom.

Although the voice is very loud, but the students are not scared, because many students often play this “being bag” game, I feel that the sound of the “beep” after the bag is broken is very fun.

However, what I never expected was that the accident happened! The Xinxin right ear sitting in front suddenly began to suffer from severe pain, accompanied by strong tinnitus, and later could not hear the sound. After that, Shin Shin was rushed to the hospital.

After the inquiry, Dr. Zheng learned that Xinxin had no problem with hearing before, and the culprit might be the bag that was broken.

“This is a deafness deafness, because the shock wave generated after the loud noise will travel along the ear canal to the tympanic membrane, and finally damage the inner ear nerve of the child, causing the hearing to suddenly drop.” The doctor sighed: “The chance of hearing loss of Xinxin’s right ear.” only50%It may not be cured for a lifetime. ”

Why is the small bag so harmful?

Maybe a lot of people will be unbelievable. How can a small bag shock people?

Shock deafness is caused by impulsive noise (or pressure waves) on the hearing organs, causing different degrees of hearing loss. Most of the ears are asymmetrical acute injuries. At the same time of hearing loss, they are often accompanied by symptoms such as tinnitus, earache and dizziness. Hearing impairment occurs, and even severe hearing loss is completely lost.

That’s okay for other children, only the symptoms of Xinxin?

Old people and children, the function of the inner ear of the elderly is degraded, and the ear structure of the child is not well developed and is most vulnerable to injury. In addition, the distance, direction and location of the knocking deafness and the source of the patient, age and individual differences are all related.

In other words, not everyone will have a deafening deafness when they encounter a loud noise. However, everyone is possible, so be careful.

Therefore, in life, fireworks, balloon explosions, etc. should pay attention! If you are unfortunate, the early symptoms include severe earache, tinnitus, hearing loss, and sometimes dizziness, nausea, vomiting, etc. In severe cases, there may even be coma, concussion, and full ears!

The best way to avoid deafness deafness is to prevent it. If you encounter a particularly loud environment, you can use your hands to cover your ears and open your mouth to reduce the impact of shock waves on the inner ear.

Link：Male classmates are a prank, 13 old girls are deaf!

REF: Hearing aids China, Bluetooth Hearing Aids, ITE hearing aids
The article comes from the Internet. If there is any infringement, please contact [email protected] to delete it.

How to do otitis media

How to adapt hearing aids to patients with senile deafness