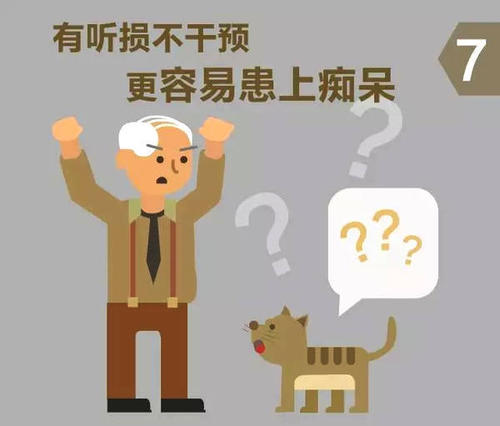 Senile deafness is a very common type of disease in the elderly. At the same time, senile deafness can cause many problems, such as accompanying attention, memory loss, and because the elderly have poor hearing, one by one. People are also uncomfortable when they go out.

Old people with senile deafness are likely to have an accident when they go out because they can’t hear the whistle of the car, and most elderly people are unwilling to intervene after suffering from deafness.

In addition to the above problems, I saw a question asked by a netizen on the Internet. Will senile deafness cause Alzheimer’s?

At the same time, because of the deafness of the elderly, there are often words that cannot be heard by others, thereby increasing the psychological pressure of the elderly. Other people’s personality will also change and become solitary. This is also easy to induce the occurrence of Alzheimer’s disease. Studies have shown that older people with deafness are more likely to develop dementia than older people without deafness.

Link：Does deafness in the elderly lead to Alzheimer's disease?

REF: Hearing aids China, ITE hearing aids, BTE Hearing Aids
The article comes from the Internet. If there is any infringement, please contact [email protected] to delete it.

What is the cause of sudden tinnitus?

Can I wear a hearing aid in sports