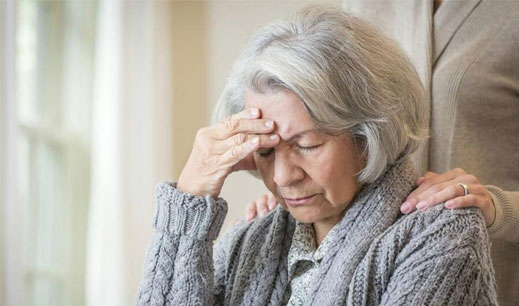 The impact of hearing loss on people Many people know that the most obvious feeling is that they can’t hear or hear what others say. But this is only the most intuitive effect, as well as subsequent complications due to hearing loss.

The American medical journal Otorhinolaryngology and Head and Neck Surgery has published a study that suggests that hearing loss in some people may cause or aggravate mental illness.

At the beginning of the study, the researchers found that there was a correlation between hearing loss and depression in earlier literature, but these studies only focused on 60 older people, specific noise environments, and specific inbreeding races due to their The results are influenced by many factors, and the conclusion is difficult to be persuasive.

Later, the researchers found that in the new survey data, as the hearing decreased, the tendency of adults to have depression increased (according to statistics, the proportion of people with no hearing problems suffering from depression was 5%, while those with hearing impairment accounted for 11). %).

“We found a link between hearing impairment and depression,” said Dr. Li Chuanming, a researcher at the American Institute of Hearing Impairment and Other Communication Disorders. “But there is a causal relationship between this association. We don’t know yet, this requires Further research.”

“It’s not surprising that people with hearing impairment are more likely to feel depressed,” said James Ferman, chairman and CEO of the American Committee on Ageing. “Hearing-impaired people, especially those who don’t use hearing aids, find it more difficult to communicate with others, whether at home, in social situations or at work, and over time they feel isolated.”

Robert Frisina, director of the Center for Global Listening and Language Studies at the University of South Florida, believes that even if the study is not yet available, the study is valuable because it is hearing impaired and depressed. The rumors of the disease provide powerful data proof. In the new study, the researchers looked at data from the US Health and Nutrition Survey, which involved 1.8 10,000 18 and 18+ adults. Most young people and the elderly report their hearing status by themselves, while some 70 older people (heavy hearing loss) perform an audio test. All participants completed a questionnaire to reveal the depression.

In the elderly population of 70 or 70 years old, the link between hearing loss and depression was not found in the self-report. However, this association was found in people who underwent hearing tests at this age.

The researchers point out that women are more likely to experience hearing loss after 65, and that hearing impairment can affect conversational efficiency in noisy environments.

Depression is just a possible complication of hearing loss, and there are many more serious symptoms, such as Alzheimer’s. Early detection and early treatment can effectively prevent these complications.

REF: Hearing aids China, Hearing Aids Supplier , Digital Hearing Aids
The article comes from the Internet. If there is any infringement, please contact [email protected] to delete it.