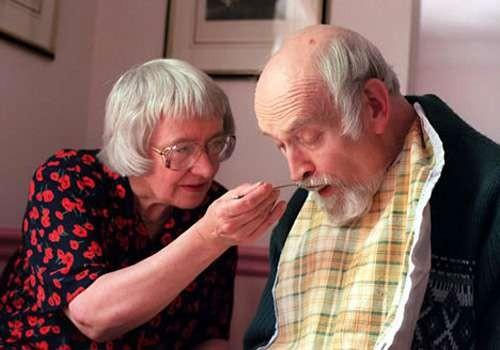 As the society ages, many elderly patients suffer from Alzheimer’s problems to varying degrees. Many people think that this is because of the age, they feel that they are old, and the decline in their ability to respond and their ability to understand is a common problem for the elderly. Is this really true? In the following scenario, many families exist:

“Strange, how did the mother’s recent TV watching sound become louder and louder, and she told her not to agree, the reaction became dull, and her granddaughter told her to ignore it?” This is what many middle-aged and older elders in Taiwan often happen and has become a senior citizen. Common disease. Foreign studies have pointed out that senile hearing loss is associated with dementia. Because hearing impaired people are prone to anxiety in life and are unwilling to interact with others, the incidence of dementia is higher than that of people with the same age.

According to the “China Times” report, the recent statistics of the Ministry of Health and Welfare of Taiwan, Taiwan 60 years old or above suffered from 75%, has become one of the most common diseases of the elderly.

Why is Alzheimer’s disease related to hearing?

It is generally believed that senile hearing loss is irreversible and does not occur in old age. As the inner ear cochlea or auditory nerve degenerates, the sensory function deteriorates. The inner ear hair cells are responsible for perceptual sound and analysis, but because the cells are excessively damaged due to aging or noise or disease, this situation cannot be restored, causing middle-aged and elderly people to communicate with others, even causing misunderstandings, affecting social ability, and emotions. Low, in the end may lead to mental illness, induced dementia. The study pointed out that the proportion of dementia in the elderly with hearing loss was higher than that of the normal hearing population, and the degree of mental decline was proportional to the degree of hearing deterioration. Most people with normal hearing have experienced mild hearing loss since the age of 4.

It is difficult for the elderly to find early hearing loss?

This is a problem that most people are troubled. The first reaction of many people after hearing loss is that they can recover lost hearing by taking medicine and taking injections. However, the sensorineural hearing loss in the elderly is a natural aging phenomenon that is difficult to solve by treatment. In this context, many people choose to let it go, so that the hearing loss gradually increases, until the impact of life to “buy” hearing aids, and the popular science of audiology is not as popular as vision or oral, it is easy to fall into the turbulence of information confusion in.

99.9% people are not too concerned about early hearing loss. Because human speech sound is mostly dominated by the low range, and most people’s hearing loss is degraded by high frequency, it is almost imperceptible, and there is no regular habit of checking hearing. Therefore, the hearing loss is more invisible in invading hearing. When we find out, it is often quite serious. Therefore, it is recommended that 45 middle-aged and older people do a hearing test every year, early detection, early intervention, early treatment, to avoid hearing loss is getting heavier.

Does hearing loss not matter?

Many people believe that it is a natural phenomenon that people have hearing loss, and there is no need for treatment or intervention. This is a common tradition shared by all ethnic groups in the Greater China region. However, once the hearing loss is severely damaged and the quality of life is seriously impaired, it has often been delayed for more than 5 years. At this time, the ability of speech analysis has deteriorated, and the long-term hearing loss has not interfered with the disease for more than 8 years, and the intelligence may follow the decline. The greater the degree of hearing impairment, the greater the mental decline.

Hearing is one of the bridges between human beings and the outside world. It is as important as vision and feeling, but it is the one that is least valued. Hearing loss is not only a problem at the physiological level, but also more likely to affect social and interpersonal relationships. Therefore, if the elderly in the family have hearing loss, such as often unable to hear other people’s words, can not hear the phone voice, the TV sound is getting bigger and bigger, or tinnitus, insomnia is more and more frequent, please listen to the hearing aid as soon as possible, accept hearing intervention, early Treatment can avoid hearing deterioration and thus minimize the risk of dementia.

REF: Hearing Aids Supplier , Hearing Loss, Hearing Aids Types
The article comes from the Internet. If there is any infringement, please contact [email protected] to delete it.

What is causing the price of hearing aids to be so expensive?

What type of hearing aids are children selected?

How much is a hearing aid?