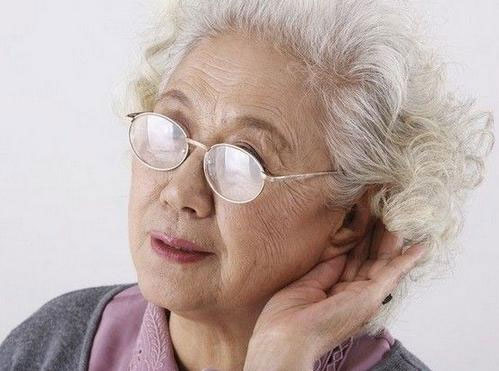 There are more and more people who don’t wear hearing aids in their ears, but not everyone is satisfied with the fit. Some elderly people wearing hearing aids not only did not improve their hearing, but also affected the quality of life.

During the Chinese New Year, I gave several elders a New Year’s greeting and found that 2 had worn a hearing aid. This was a very common thing. It’s hard to hear the ears when I’m older. But the two elders wearing the hearing aids can be quite annoying. .

The first elder was visited on the second day of the New Year. The old 80 is still in the spirit of many years old. She usually likes watching the CCTV 11 channel drama. In addition to a little high blood pressure, the hearing loss has been severe in the last two years. Watching TV has not kept up with the rhythm. Children and grandchildren want to take the elderly to the hospital last summer, but the elderly don’t want to go to the hospital, their husbands and their eldest sons. I died in the hospital years ago, and there is a shadow in my heart that has always been resistant to the hospital. The grandson of the old man is also in a hurry. The hearing aid shop on the side of the road has also gone in. He always feels that the price is too high. Because he does not understand the hearing aid, he always feels that it is almost the same as the reading glasses sold in the vegetable market.

According to the habit of the younger generation online shopping, the grandson of the old man last year in the famous online mall “second kill” a hearing aid, special 99 yuan, sent the next day. Although the hearing aid looks old, it is true that the shape is a new hearing aid. On the same day, the grandson put the hearing aid on the old man. At first, the old man said that he was very annoyed. The whole family felt very good. At that time, everyone thought that this hearing aid was good and the voice was loud. However, after a few days of wearing, the old man felt uncomfortable. He said that his ears were “frustrated” and his blood pressure went up. So he stopped for two days and wore for two days. Later, the old man felt that he was still not comfortable wearing it. The sound is too loud, and it is also “stinging.” The family feels fortunate that they have not bought expensive hearing aids. The grandson of the old man said that he has tried it anyway, indicating that the elderly are not suitable for wearing hearing aids.

The second elder was seen on the New Year’s Day. The old man 70 was a few years old. When he went to the temple fair a few years ago, he bought a hearing aid at the temple fair. It was probably 100 block up and down. Later, he felt bad and knew It’s cheap and not good. The children took the old man to a hearing aid store that is close to home. It is equipped with a pair of 1 million hearing aids. It is reasonable to say that it should be better, no, but more and more troubles. .

The old man’s daughter said that when she returned home on the day of the match, the old man said that he could not hear the hearing aid. He went to adjust the machine the next day. Anyway, he was close, but he walked for ten minutes. After the adjustment, the voice was still small. I went there again, so I came and went, and I didn’t adjust it ten times a month. When I came back, I always said that the voice was small, or that the voice was loud and loud, and later the people’s shop was adjusted to the maximum, yes, give The biggest one? The old man’s daughter said yes, the “experts” said, the old people’s hearing is not good, and the maximum value has been adjusted. It’s no longer possible to raise it again. People’s “experts” also said, you The value of this 10,000-dollar flower can be adjusted so big.

This is actually a microcosm of the status quo of hearing aid fitting in China, and it is also the two main reasons for the dissatisfaction of hearing aid fitting. Unprofessional equipment and unprofessional people constitute the two major unsatisfactory hearing aid fittings in China. Main cause. What is reflected behind this is not only to improve the level of the industry, but in addition to the most vocal reforms from the supply side in recent years, the foundation of the listening industry is still too weak. From the terminal, that is, the consumer group, it is still necessary to improve the public’s hearing. The knowledge of science. The first step in improving the quality of the public is to turn the “buy hearing aid” in the consumer’s mind into a “fitting hearing aid”. This step is difficult, let alone developed countries have formed a systematic “listening management”. .

Link：What if the elderly are not satisfied with the hearing aid?

REF: Hearing Aids Supplier , BTE Hearing Aids, Hearing Loss
The article comes from the Internet. If there is any infringement, please contact [email protected] to delete it.

Be alert to hearing loss and prevent deafness

Is the risk of cochlear surgery high?

How to play the effect of hearing aids