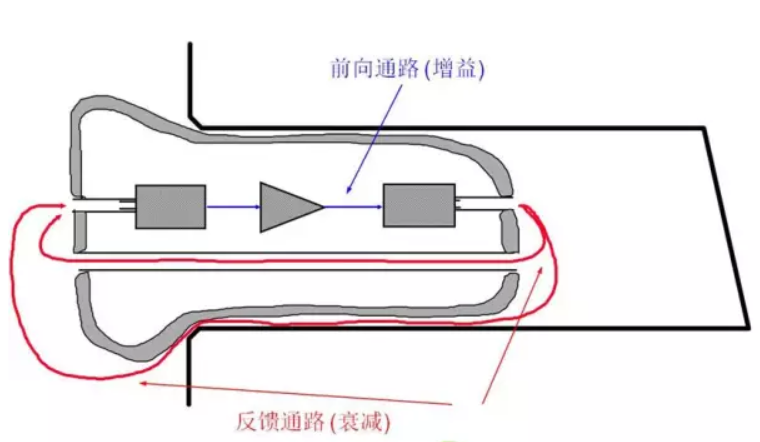 Howling is a major cause of dissatisfaction with hearing aids, and it is also a major problem encountered by the fitter during the debugging of hearing aids.

So, is the same thing about acoustic feedback and howling?

1, the relationship between acoustic feedback and howling

When the microphone picks up the sound from the receiver, the sound enters the receiver and is amplified twice, creating a feedback loop of the sound.

Howling is an audible oscillation generated on the basis of acoustic feedback. Only when the sound repeatedly enters the feedback loop and is repeatedly amplified, whistling occurs.

In fact, acoustic feedback is a phenomenon that often occurs during the operation of hearing aids. Whistling occurs only when the feedback is large enough to cause the sound to oscillate.

Therefore, feedback is a mechanism, and howling is a phenomenon, and the two are not the same concept. There is no whistling in the feedback, and the so-called acoustic feedback is not exactly a howling.

2, what level of feedback reaches the level of whistling

At this time, if the gain of the hearing aid exceeds 30dB, it may cause howling.

As seen in the figure, a schematic diagram of the path for generating feedback inside the hearing aid.

3, howling is related to what factors

The generation of howling is mainly from the following three aspects:

Howling is related to gain and has nothing to do with the maximum output.

When the phase shift in the loop is an integer multiple of 360°, it causes a howling.

The process by which the sound is emitted from the receiver and picked up again by the microphone is called a sound leak.

If the attenuation value is greater than the gain value after hearing aid, no howling occurs;

If the attenuation value is smaller than the gain value after hearing aid, the possibility of howling is generated increases.

Howling is an audible sound oscillation generated on the basis of acoustic feedback, and is also an important factor affecting the sound quality of hearing aids.

Knowing the ins and outs of howling is the only way to solve the howling problem in the right way.

What is the whistle and sound feedback? Have you figured it out?

Deaf colleagues often complain that they have poor hearing

What is the danger of wearing a hearing aid?

Deafness, tinnitus, and dizziness are signs of sudden tinnitus