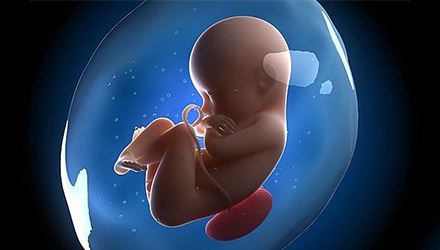 Congenital deafnessThat is, no sound can be heard after birth. This can happen on one side of the ear or on both sides, to varying degrees. The main factors leading to congenital deafness include the following:

Hereditary deafness is a genetic material, that is, deafness caused by abnormalities in genes and chromosomes. Parental inheritance or close relatives have the potential to affect their hearing. Parents have congenital deafness, and the child born is susceptible to the disease. But not all the children born are deaf. Some parents have no deafness, but if they are married, the incidence of deafness is higher. In addition to auricular malformations, middle ear malformations, external auditory canal atresia, inner ear hypoplasia, or with mental retardation.

Maternal infections cause congenital eyesight in the fetus. During pregnancy, especially during the first 3 months, it is the most critical time for fetal organ formation and a critical period for the development of auditory augers. During this period, pregnant women are infected with rubella virus, sputum cell virus, toxoplasma, influenza disease, mumps virus, etc., can be transmitted to the fetus through the placenta, or due to the toxic effects of other substances, such as the mother taking streptomycin early in pregnancy, Gentamicin, kanamycin and other drugs, hinder the inner ear feel normal epithelial development, leading to congenital deafness, and often sensorineural deafness. Most children with iodine deficiency and endemic cretinism are accompanied by deafness or hoarseness. In addition, various toxic diseases, diabetes, nephritis, etc. during pregnancy, abdominal x-ray irradiation, long-term deep anesthesia and various toxic substances can affect the development of the fetal inner ear auditory nerve, thereby causing congenital deafness.

Including the mother’s pregnancy during the period of deep anesthesia, the period of labor and a few days after childbirth, such as pregnancy toxemia in the late pregnancy, trauma during childbirth, premature delivery or dystocia, resulting in hypoxia, umbilical cord, respiratory blockage, etc. Deafness may be caused by the cochlea that may damage the fetus. A small number of neonatal anemia, nuclear jaundice and scorpion RH factor mismatch can also cause deafness.

REF: Hearing Aids Supplier , Bluetooth Hearing Aids, Hearing amplifier
The article comes from the Internet. If there is any infringement, please contact [email protected] to delete it.

How to treat tinnitus

What is the normal range of hearing?