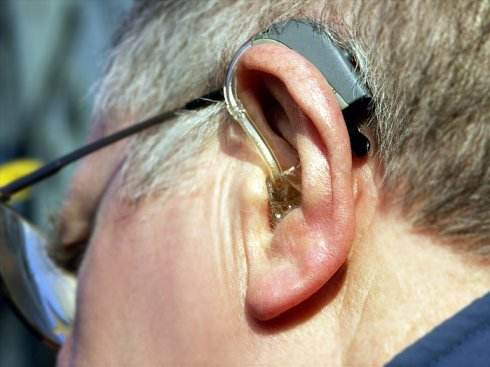 80-year-old Huang Lao likes to walk alone on the street to buy newspapers, but often comes back to 1 for more than an hour; often sitting in front of the TV is dozing off; not willing to participate in elderly group activities; not willing to talk to others; Even the meal did not have much enthusiasm, because the family had to scream a few times to “eat”, Huang Laocai left to sit at the table. As Huang Lao became more and more lonely, the family had no choice but to take him to the hospital for treatment. The doctor, the doctor of the Otolaryngology Center of the Armed Police Hospital, said that many elderly people will encounter such a thing: eating, the next door can be heard clearly, and the old man still sits still in the same place; love to fight, but said The words of the bulls are not right, it is inexplicable… These are the manifestations of senile deafness, and patients need to be vigilant.

Professor Wang introduced that, physiologically, hearing will gradually decrease with age. In general, after 60, there will be different degrees of deafness, but some people will have deafness in their 40s and 50s. The problem is that some elderly people feel that they have been abandoned by their families after deafness, which in turn leads to depression. If you ignore it at this time, it will cause psychological trauma to the elderly. Experts suggest that once the hearing loss of the elderly is found, the family should promptly encourage and accompany the elderly to the hospital. Active treatment after finding out the cause.

Hearing aids can save residual hearing

More than half of the families with senile deafness have thought that the elderly are older and the back of the ear is normal. You don’t need to care. This wrong view will not only cause serious hearing impairment in the elderly, but also cause physical and mental impairment in the elderly. hurt. Wearing hearing aids can help improve the hearing of the elderly. Wang Xijun pointed out that early treatment of senile deafness can preserve residual hearing and prevent further hearing loss, because retaining residual hearing is very important to improve the quality of life of the elderly in later life. After the early symptoms, consider whether there is hearing impairment, and do early audiometry to facilitate timely intervention.

Link：Loss of hearing can cause dementia?

REF: BTE Hearing Aids, Hearing Loss, Hearing Aids Types
The article comes from the Internet. If there is any infringement, please contact [email protected] to delete it.

Inflamed ears, can hearing aids cause inflammation of the ears?

The rest of your mouth is the main reason for destroying residual hearing.