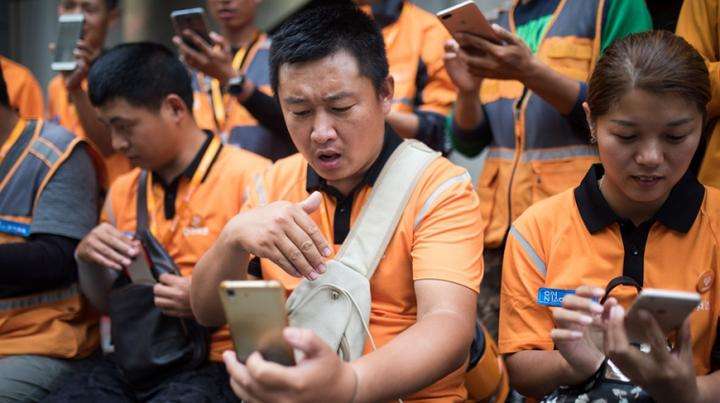 Deaf people lose their hearing, rely on gesture language to communicate with others, rely on the visual form of visual organs to obtain information, and communicate, so visually sensitive, image thinking is very developed, while logical thinking and abstract thinking are relatively poor.

Behavioral and personality deviations, their cognitive characteristics are mainly poor reality, easy to leave the actual thinking, with a strong fantasy, and the ideological methods show obvious one-sidedness, but also show a paranoid tendency, when serious There are delusions.

Some of the deaf children in China have summarized the personality characteristics of deaf children from their actual performances, such as loneliness, arrogance or inferiority, impatience, subjective unilateralism, suspicion, selfishness and so on. The character of the deaf is more extroverted, the emotional response is stronger, the frequency is high, but the duration is short. The character is bold and straight, “good” is “good”, “bad” is “bad”, and rarely turns around. Observing problems often only sees the superficial phenomenon of the problem, and does not pay much attention to the internal connection of the problem. Some monks tend to be in front of the world and consider long-term interests. Some deaf people are biased towards the direct expression of the material world and emotions, and are not willing to explore the connotation of the knowledge world. They analyze life through direct fun, concrete actions, and their own emotional expressions.

Mild deafness has little effect on the formation of children’s speech; moderate deafness can lead to unclear speech, to the hospital for hearing analysis, to find out the cause of treatment, and to ask the doctor to help wear a hearing aid, if the treatment is timely, avoid Deafness; although severe deafness can also be used by doctors to wear hearing aids, special education experts should be invited as early as possible to use special methods for early speech training.

1) The general memory characteristics of hearing disabled people: mainly in the memory of Chinese materials, its remarkable feature is to remember slow, forget fast. There are three main reasons for this feature: 1 related to the perceived characteristics of the hearing disabled. We know that the communicative function of language is realized by the material form of speech acting on human speech analyzer. Hearing loss does not perceive or clearly perceive the sound stimuli of the language, thus losing one of the most important and often the means of perceptual language. Thus the memory of the linguistic material is not strong and inaccurate. In addition, there is a lack of neural connection between language hearing and speech stimuli. The pronunciation is not supervised by the auditory, the adjustment function is greatly weakened, the pronunciation is inaccurate, and the memory is not accurate. 2 is related to the method of memory. The slowness of language development is the biggest limitation caused by hearing disability. Children with hearing disabilities have not been able to acquire language since childhood, and their understanding of language is extremely poor. Therefore, most of the language materials are mechanically memorized. Taking recall sentences as an example, they tend to recite words by word, do not reorganize sentences according to their meaning, and do not flexibly change another. This way of memorizing is much more difficult than just remembering the meaning of the sentence, so the memory effect is poor. 3 is related to too little opportunity for reinforcement. We estimate the 14 hour awakening time of a person every day. When a normal child awakens, various forms of speech activities are always accompanied by other activities. The absolute “no speech” quiet period is very few. The daily speech activity of a school-age hearing-impaired child is limited to the classroom, and the effective speech activity time for him is less than the class time. Strengthening is a necessary condition for memory consolidation, and lack of reinforcement is also an important reason for deaf children to forget.

(2) Image memory characteristics of hearing disabled persons: Some studies have shown that children with hearing disabilities have a strong tendency to remember: the memory representation changes rapidly, and the differences between the appearances of different things gradually become blurred until they are confused. The phenomenon. This is more pronounced in children with hearing disabilities in the early and middle school ages. As age and knowledge grow, there is a tendency to pay more and more attention to the differences between the representations of things rather than confusing them.

(3) Visual image memory characteristics of hearing-impaired persons with disabilities: When the stimuli are extremely short (0.04 seconds) for the combination of points and lines, their reproduction scores are even better than normal children.

Because of the close relationship between thinking and language, the thinking characteristics of hearing disabled people depend to a large extent on their dependence on language. It is precisely because of this that the deaf-mute children’s thinking has been used by some scholars as a “natural test of the relationship between research thinking and language. The American Furth wrote a book on the subject of hearing disabled, called “without language.” Thinking> When we discuss the thinking characteristics of hearing disabled people, it is also necessary to involve whether the thinking operation can be separated from the language. Children with hearing disabilities can also have logical thinking without a language system, but master the language system (gesture language) for them. Solving problems or completing learning tasks can be extremely helpful.

Zhang Ningsheng of Liaoning Normal University, in collaboration with Dr. Elderrech of the University of Arizona in the United States, conducted a study to assess the extent of the impact of severe hearing loss on cognitive ability. Prior to this study, Eldridge’s similar study of children with hearing disabilities and Kirk’s hearing children showed that hearing loss does not necessarily hinder cognitive development, and even some children with hearing disabilities show A higher level of cognitive function than a hearing child of the same age. This study used a non-linguistic material test method. From this point of view, when children with hearing disabilities do not master the language, their thinking reflects the objective reality in an intuitive way. Therefore, when testing with non-verbal materials, it does not appear to be behind the normal children, but abstract thinking. There are big difficulties. With the mastery of language and the accumulation of knowledge and experience, the level of thinking will gradually increase, and it can approach or reach the level of ordinary people.

In general, the impact of hearing impairment on thinking is only slow and low level of development, and there is no logical confusion of thinking, so there is no thinking disorder.

REF: Hearing Aids, Hearing Aids Types, Digital Hearing Aids
The article comes from the Internet. If there is any infringement, please contact [email protected] to delete it.

The old man bought a 300 hearing aid at the pharmacy.

The characteristics and causes of tinnitus

Why do children with hearing loss wear hearing aids as early as possible?