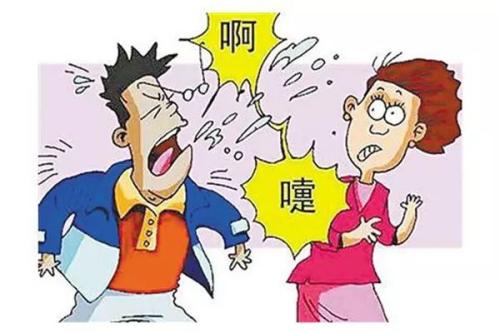 The feeling of sneezing is so difficult to control, and in fact it is. However, you obviously have some control over what to say when you sneeze. According to the BBC, English-speaking people say “ah!” when they sneeze, but the monks can only make the sound of air movement caused by sneezing.

Charlie Wimblen, a British blogger for deaf people, wrote: “It’s natural for people to sneeze, and people with hearing feel that they have to make a sound.” Swinburne is a semi-deaf person.

In countries with different cultures, people with normal hearing will make different “sound effects” when they sneeze, which means that vocalization is not involuntary when sneezing. For example, the French say “Ah!”, the Japanese say “Hakaqiu!” These sound similar, but not exactly the same.

Ben Sival, a researcher at University College London, explained that sneezing does cause some people’s uncontrollable sounds, but people have the ability to modify the sound to make it unobtrusive in interpersonal relationships. The same is true of laughter. You will speak when you laugh, but you can lower or enlarge the sound.

Swinburne said: “When you feel you want to sneeze, the brain of a person with normal hearing will issue a warning: ‘Emergency! Sneeze! Public! Let the sound be normal!’ They issued a message in an instant Special effects sound: ah – out!”

I hope to make the same voice as everyone else, and this unconscious pressure can even affect some of the deaf people like Swinburne. He wrote that he would “consciously” “out of the way” in public, but the sneeze at home was much smaller.

Link：Why do you sneeze and sneeze?

What happens if hearing loss does not interfere in time?

Characteristics of patients with hearing impairment