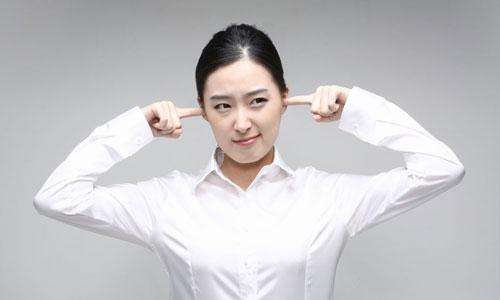 Tinnitus refers to the abnormal sound sensation that people produce without any external stimuli. According to statistics, tinnitus has become a modern public disease, and it is younger, we must be alert.

The following suggestions can help you deal with the troubles of tinnitus:

2. Avoid fatigue and have plenty of rest.

4. When you go to bed, the symptoms of tinnitus usually become relatively obvious due to the quiet surroundings. At this time, the tinnitus noise can be covered by some low-volume noise, for example, the hum of the clock, or the broadcast sound, can alleviate the irritability caused by the tinnitus.

5. Some people use hearing aids to relieve tinnitus. Some hearing aids have a tinnitus balance noise manager. Tinnitus can be masked or treated.

6. Some people will relieve tinnitus symptoms through alternative therapies.

7. Seeking expert help is also an effective way. Especially if people are worried about serious or chronic diseases such as brain tumors; or, some people worry that they will suffer from mental illness due to “the sound in their heads.” At this time, through the guidance and help of experts, it helps to heal people’s fears and anxiety.

Link：Focus on the details of life, cleverly respond to tinnitus

Hearing screening is a mandatory item for newborns

How much is the cochlear implant?

Why can’t you wear other people’s hearing aids?