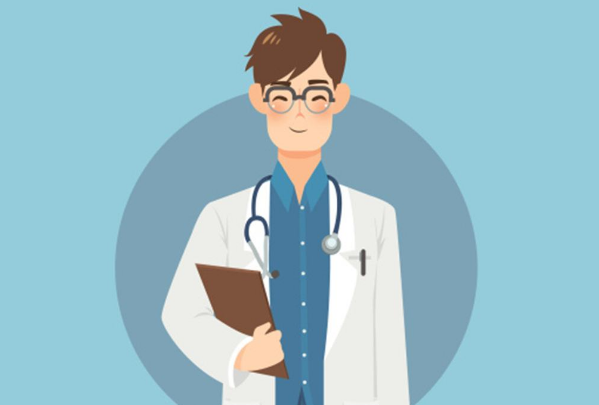 Hearing impairment is the most common of all sensory system defects. When treating a hearing-impaired patient, a clinician or audiologist must usually find out the cause before making further decisions. Common causes include infection, trauma, noise, ototoxic drugs, aging, heredity, and so on. Most of these causes of pathogenesis and preventive treatment have long been known to clinicians, but our understanding of hereditary hearing loss has not been a major breakthrough in recent years.

In general, in developed countries, 1000 people in 1 people in newborn babies are hearing impaired, two-thirds of which can be attributed to genetic factors. At first glance, readers may think that hereditary deafness is a rare disease. However, in fact, hereditary deafness is quite common among various genetic diseases. Because children with hereditary deafness are a heavy burden on individuals, families, and health care systems, if you can make a correct diagnosis early in the day before antenatal or early childhood, you will have extreme problems for sick children, families, and society. Positive help.

(2) Classification and epidemiology of hereditary deafness

(3) Common pathogenic genes and their mutations in hereditary deafness

 As mentioned above, genes that are more abnormal in clinical practice include: Cx26 (GJB2) gene, SLC26A4 (PDS) gene, mitochondrial DNA mutation, and OTOF gene, which are described below:

Cx26 is a gene for making connexin26 molecules, and connexin26 is thought to be involved in the transport of potassium ions. If there is a problem with the synthesis of connexin, it may affect the transport of potassium ions between cells, which may affect the electrophysiology of the inner ear and cause hearing impairment. In a large-scale study conducted by the Department of Otorhinolaryngology and Gene Medicine of National Taiwan University for Chinese people, we found that up to 324 (48%) people showed Cx14.8 mutations in a total of 26 congenital hearing impairment patients. The Cx26 gene mutation is one of the important genes that cause congenital hearing impairment in Chinese. Among the mutations of various Cx26, the mutation “235delC” is the most common, and it is consistent with the results of the hearing-impaired gene research in Japan and Korea in the past. Based on the research in the past few years, we have gradually summarized some clinical features of patients with mutations in the Cx26 gene, including the majority of patients with hearing impairments before or after idioms, the degree of hearing impairment varies from person to person, and some patients The hearing may be gradually deteriorated, and the patient’s patella imaging is not combined with abnormalities. Figure 2 shows the family profile and audiogram of a typical Cx26 gene mutation patient.

The SLC26A4 (PDS) gene was first identified in 1997 as a causative gene for the syndrome-type hereditary deafness, Pendred’s syndrome. In addition to goiter, Pendred’s syndrome often combines two common inner ear malformations—the enlarged vestibular aqueduct and the Mondini’s dysplasia. Later, it was found that mutations in the SLC26A4 gene can also be found in patients with only large vestibular aqueducts or Mondini’s hypoplasia, but not with goiter. In other words, mutations in the SLC26A4 gene, in addition to causing Pendred’s syndrome, can also lead to non-symptomatic hereditary deafness. The SLC26A4 gene, or PDS gene, is made from pendrin, a transport protein of chlorine and iodide. Generally, it plays a role in regulating ion balance and endolymph in the inner ear. If a mutation occurs, it will lead to abnormal development of the inner ear and hearing impairment. In the past, the otolaryngology of the National Taiwan University Hospital had conducted a large-scale epidemiological study on whether or not the hearing-impaired child had a complicated inner ear malformation. We found that about 25 percent of the patients had a large vestibular aqueduct or Mondini’s hypoplasia. deformity. Among the two-to-five patients, about 80% to 90% can find the SLC26A4 gene mutation, so it is conservatively estimated that about 15% to 20% of the hearing-impaired children have SLC26A4 gene mutations, so its importance may be No less than the Cx26 gene mutation. Our study also confirmed that the mutation of the Chinese SLC26A4 gene is most common with the mutation “IVS7-2A>G”, accounting for 79% of all mutations, which is quite different from Japanese and Europeans. There are two clinical features of patients with mutations in the SLC26A4 gene: one is a combination of a large vestibular aqueduct or Mondini’s hypoplasia; the other is a fluctuating hearing loss, ie Hearing is easily degraded by external factors such as head impact, and thus the degree of hearing impairment of patients is also very different from each other. Figure 3 shows the family, imaging, and audiograms of a typical SLC26A4 gene mutation patient.

Every cell in the human body contains hundreds to thousands of mitochondria, which are the places where cells undergo oxidative phosphorylation to produce energy, so it can be said to be a cell power plant. Each mitochondria contains DNA from 2 to 10 sets. Since the mitochondria are cell power plants, DNA mutations in the mitochondria are particularly susceptible to tissues that require greater energy metabolism in the human body, such as the nerve or muscle system, while the inner ear hair cells are specialized nerve cells. So it is also one of the vulnerable organs. Mutations in mitochondrial DNA can lead to syndrome-type hereditary deafness and can also lead to non-symptomatic hereditary deafness. The former is most common with 3243A>G mutations. In addition to hearing impairment, patients with diabetes will have symptoms of diabetes. The latter is most common with 1555A>G mutations. The clinical manifestations of patients are mainly hearing impairment. Due to the mutation of 1555A>G, the 12S rRNA produced by the 3A>G is more easily combined with antibiotics such as “aminoglycoside”, and the ototoxicity of the aminoglycoside is aggravated. People with such mutations will be particularly vulnerable to injury if they are treated with aminoglycoside. In addition, the mitochondria are located in the cytoplasm, and when the spermatozoa are combined, since only the egg contains a large amount of cytoplasm, only the mother’s mitochondrial DNA is inherited to the next generation, and the father’s mitochondrial DNA is not inherited. Go on. This maternal inheritance is also a major feature of mitochondrial genetic diseases. It is generally estimated that there are approximately 1555% mutations in 15A>G in the hearing-impaired population in the East. However, in the hearing impairment caused by “aminoglycoside” ototoxicity, 25A>G mutations can be found in 1555-2% of patients. On the other hand, in the diabetic population, approximately 6-3243% of patients have 1555A>G mutations. If the patient has both diabetes and deafness, three-fifths of the chances are accompanied by this mutation. Whether it is 3243A>G mutation or 1555A>G mutation, the hearing impairment caused by slang is mostly hindered. Hearing impaired situations vary greatly among different families and even brothers and sisters of the same family. However, in general, the degree of hearing loss is slightly lower than that of other hereditary deafness. Hearing tends to worsen with age, and audiograms show that high-frequency hearing is more susceptible. Figure 4 shows the family profile and audiogram of a typical granulocytic DNA XNUMXA>G mutant patient.

 The OTOF gene, located on the short arm of the 2 pair of chromosomes, was found to be the causative gene of the non-symptomatic hereditary hearing disorder DFNB1999 in 9 years. The protein produced is called otoferlin, which is mainly distributed in the inner hair cells of the inner ear. It is generally considered to be related to the function of the inner ear, and the process of fusion of the intracellular small capsule with the cell membrane when the inner hair cells generate nerve signals. In the Hispanic non-syndromic hearing-impaired population, approximately 3.5% of patients can find OTOF mutations, most of which are 2485C>T (Q829X) mutations. As there is still a lack of relevant information in China, we have begun to study the prevalence of this gene mutation in Chinese hearing-impaired patients. In patients with mutations in the OTOF gene, the clinical features are mainly auditory neuropathy. The patient presented with a congenital and severe hearing impairment, but the otoacoustic emission (OAE) was a positive reaction, which is the biggest feature of this patient.

As for other rare pathogenic genes, since they occur only in a single family or a few families around the world, they are not of significant clinical value from the point of view of genetic counseling. However, it is a great contribution to our understanding of inner ear function. More famous people, such as the “potassium recycling” in the inner ear, and the knowledge of various “unconventional myosin” and related molecules in the inner ear hair cells, there is a big Part of it is based on the research work of these rare disease-causing genes.

Due to advances in molecular biology and the decoding of human genomes, in recent years, we have made significant progress in the causes of hereditary deafness. Compared with the passive and negative roles played in the past, today’s clinicians or audiologists have more advanced techniques to more accurately find the cause and make a diagnosis, and to more accurately assess the prognosis. We also hope that today’s efforts will be able to seek greater welfare for patients in the future, and to apply all the latest research findings to genetic counseling and even gene therapy. As far as patients and their families are concerned, it is probably in the area of ​​genetic counseling that can directly benefit from the research results so far. Since the common hereditary deafness genes are known to be recessive in vivo, the parents of most sick children may be normal people with a single mutant dual gene, but the child born has a quarter. One chance is to produce a hearing impairment. Therefore, it is also necessary to appeal to relatives and friends who have congenital hearing impairment in the family. They should consider testing these genetic mutations to ensure the health of the next generation.

REF: Hearing aids China, Hearing amplifier, Digital Hearing Aids
The article comes from the Internet. If there is any infringement, please contact [email protected] to delete it.

Noise, tinnitus, do you understand?

Classification of hearing disability levels and benefits to be enjoyed