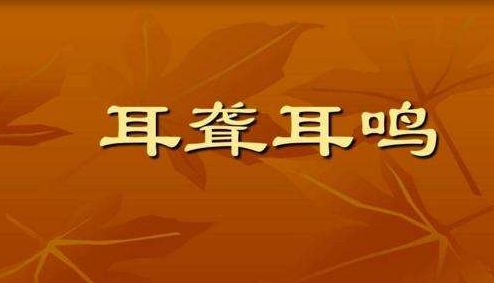 Before the night is quiet and ready to go to sleep, do you feel that you can hear some subtle sounds in your ears? The second is not stopping, the quieter it is, the more deafening it is. If the sound is too loud, it will make you unable to sleep peacefully. The more you pay attention to this sound, the less likely you are to ignore it or even concentrate on your work or thinking?

Some people describe tinnitus as a humming sound, a sound of a sea, a whistle or a sound of water. The so-called tinnitus actually means that under the stimulation of no external sound, someone can distinguish that tinnitus appears in that ear, and some only feel that it is in the mind, so sometimes tinnitus is called brain sound.

What is the classification of tinnitus?

Subjective tinnitus: refers to the tinnitus that only one can hear and cannot be heard by others. The reason may be quite large. As long as there is a problem in any part of the auditory conduction path, an abnormal sound may occur. For example, earwax obstruction, tympanic membrane perforation, otitis media, Meniere’s disease, noise damage, senile hearing impairment and the like.

Objective tinnitus: it is tinnitus that others can hear.

Transient tinnitus: refers to tinnitus that has occurred recently, less than three months. Such tinnitus is easier to find and possibly cure and cure. For example, after a noise exposure, such as a KTV or firecracker explosion in the ear, there will be a ring of tinnitus, usually only lasts for a few seconds to a few minutes, but soon disappeared.

Chronic tinnitus: Because of the long time of occurrence, there are many other pathogenic factors involved, and the body and mind are often exhausted, so it is less easy to treat, and often can only be controlled or improved, and it is difficult to cure.

The relationship between tinnitus and hearing loss is very close, with about 70% to 80% of patients with tinnitus suffering from hearing impairment. While other patients have no hearing problems, they will find a slight hearing loss after more sophisticated hearing tests.

What should I do when there is tinnitus?

REF: Hearing Aids, Hearing Aids Supplier , ITE hearing aids
The article comes from the Internet. If there is any infringement, please contact [email protected] to delete it.

Hearing has dropped, must you wear a hearing aid?

Why do you have tinnitus? What is the sound of the ear?